Those Cold Mountains is a Tabletop RPG set in the brutal Carpathian Mountains, during the Carpathian Winter Offensive of 1915. Players take on the role of conscripts in the Austro-Hungarian Army, attempting to desert from the frontline and survive the horrors of WWI.

In order to download this game you must purchase it at or above the minimum price of $2 CAD. You will get access to the following files:

These Cold Mountains is a historical rpg about dying in the mountains in 1915.

The PDF is 11 pages, with a very well organized and information rich layout. Honestly, it feels like a textbook, but in a good way. The color palette is consistent, the art includes a lot of photographs from the period, there's a detailed map, and nothing feels too small or visually crowded.

Lore-wise, you play as former Austro-Hungarian soldiers, part of a failed assault through the Carpathians, now fleeing the Russians you were meant to fight.

Gameplay-wise, Cold Mountains does a lot to emphasize the various brutal aspects of the situation. Yes, it's cold. Yes, there's wolves. But also you probably don't speak the same language as the other members of your unit.

The basic check in the system is 2d6+Skill, succeeding if you hit 7+. You'll usually have a +1 or +2 in your Skill if you spread your build points thinly, so this means 65% chance of success under optimal conditions, and the GM is free to add modifiers if they wish to.

Combat works the same way as basic skill checks, but the damage system underneath it is more complex. You have four HP tracks (wounds, starvation, frostbite, and terror,) and if they ever sum to 10 you die. You can also die earlier at different points on different tracks, such as if you ever take a third wound. And on top of that, taking damage removes points from your Skills---in most cases, permanently.

The game does come with some GM advice, but the GM should probably also read through the wiki article on the winter war if they're not already very familiar with it. The GM will also have to implement their own specific scenario for the game, as the book gives an overview of the situation and how to play, but doesn't provide specific encounters.

Overall, for folks who like historical, survival, and military ttrpgs, this is a must buy. You'll need to do a little heavy lifting with the scenario, but the mechanics are meaningful, extremely easy to pick up, and do a good job of modeling the relentlessness of the situation.

-Page 5, Starvation references suffering a "level of fatigue," but I couldn't find the mechanics for this anywhere.

I have run this twice and my party has loved it. With respect, I added a background generator to allow for more individuality for my players.

I love the simplistic and on the fly style it promotes. Well done and well loved!

Such a cool view for this narrow section of history. It's amazingly interesting, though too bleak for me I think. I'd like if there was more direction to where the war front moves and when, allowing a GM to plan out their game with events that line up in the timeline of events.

I really like your theme, and your extreme focus on one particular scenario - that's the best way to make ultralight games like this, in my opinion.

However, I do think that scenario's a bit underdeveloped. A set of locations provided through a table (or a depthcrawl, given that the only important movement is towards/away from the front) would help reinforce that focus, and make the game much faster to prep.

Also, I wish that instead of page 4's list of common items, you had a table (either to roll on for PCs during character creation, or just to generally use for rewards). 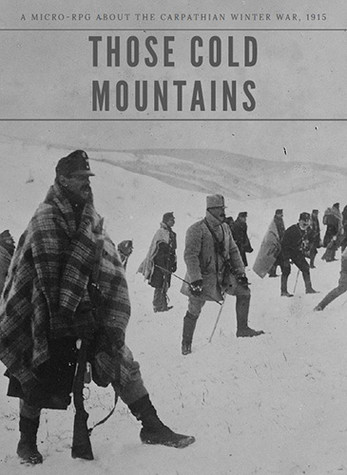 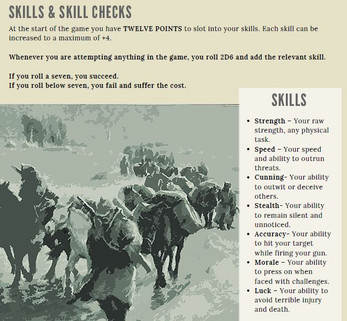 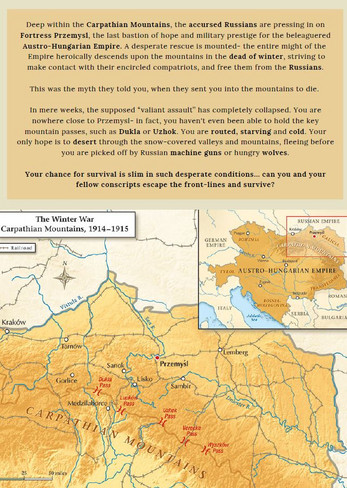 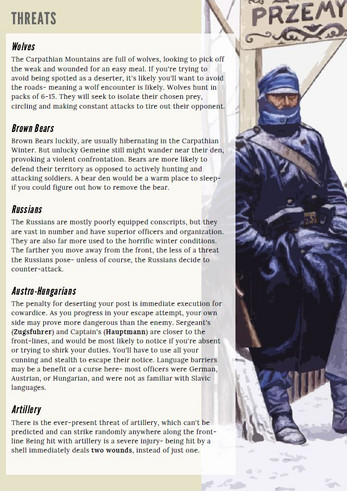